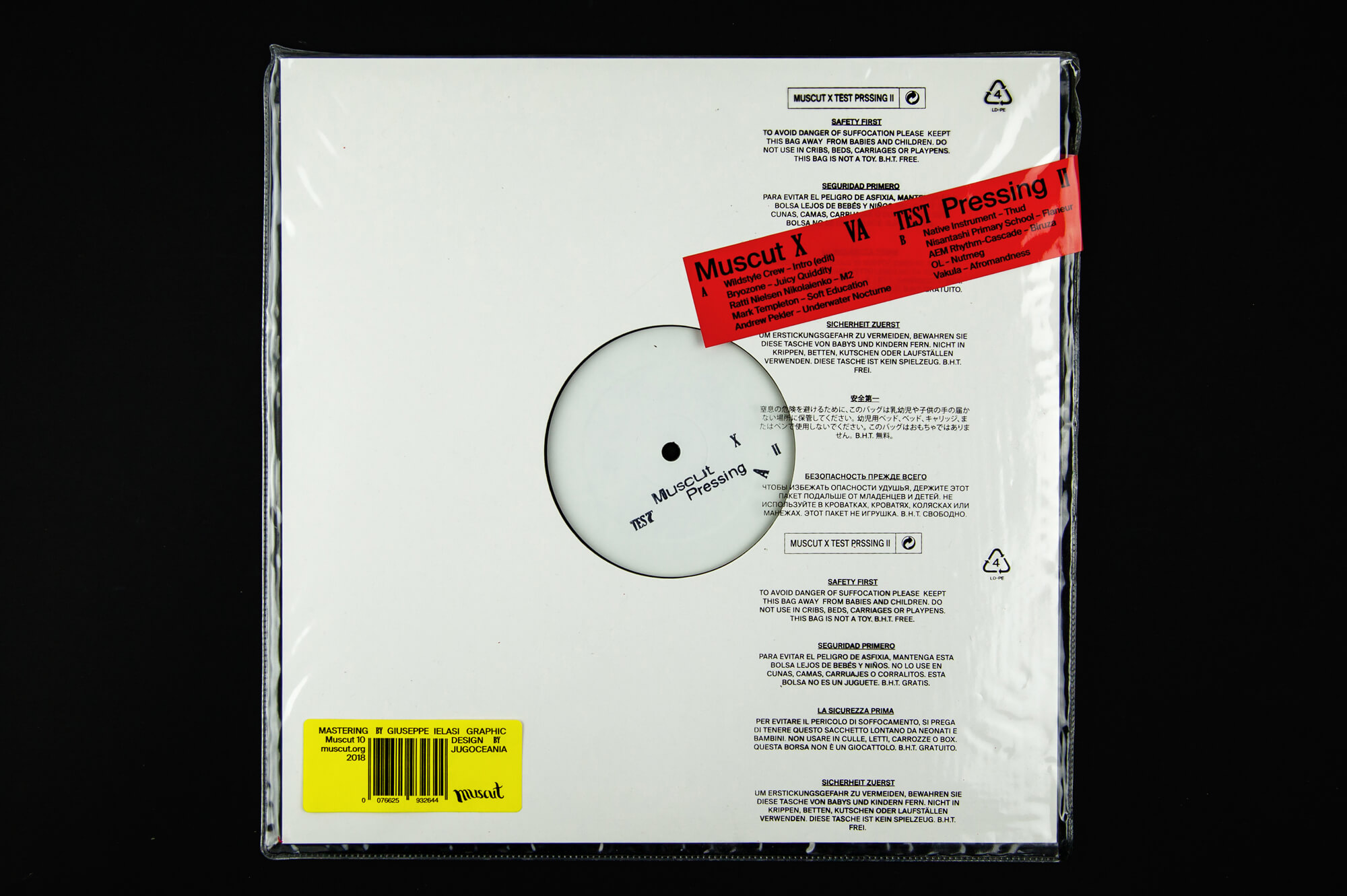 Ukrainian label Muscut celebrates its anniversary - Muscut X (10) Test Pressign II - is the tenth record in a row. The first release was published in 2012 on 7 inches and was called simply Test Pressing. Like six years ago, the current vinyl is a compilation of Muscut's “residents”, as well as new friends of the label. Test Pressing II is 12 inches on which there are exactly ten tracks.
Both sides are significantly different in color of mood. Party A starts with dub-drone sketches of key figures of the Odessa underground - Wildstyle Crew and Bryozone. Then we hear the mantra-like M2 - the work of the creative union of Nicola Ratti, Mads Emil Nielsen together with Nikolaenko. The Canadian sound-artist Mark Templeton continues the line of rhythmic textures crowned with unhurried percussion - it is in all senses of Soft Education at number four. The first part is completed by an exquisite curtsy from the Andrew Pekler label frequenter called Underwater Nocturne as a soundtrack for the perfect tea ceremony.
The second side confidently sets a completely different compilation rhythm from the very start - the tribal dance from the Berlin project Native Instrument instantly introduces into a trance. It is followed by a warm, enveloping minimal synth track from the Ukrainian trio Nisantashi Primary School. The middle of the second side is decorated with the pensive house-ballad of St. Petersburg producer Fadeev known as AEM Rhythm Cascade. Another Russian settled next to him - Muscovite Oleg Buyanov, aka OL, with a massive broken dub Nutmeg. The final composition consists of burning afrosint motifs from luminary Odessan Vakula.