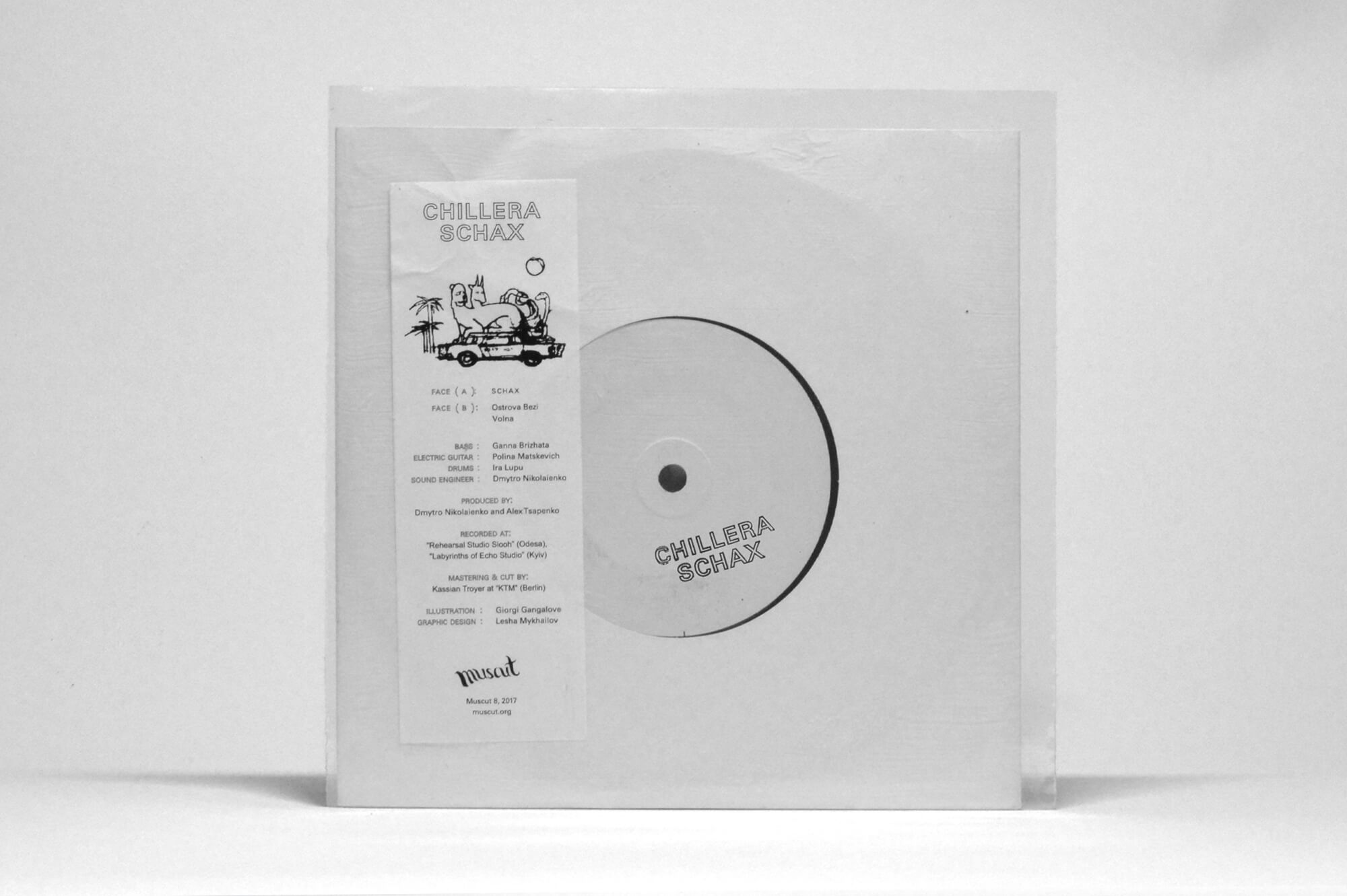 The eighth record of the Ukrainian label Muscut bursts into consciousness like a psychedelic van which is flying at all pairs, leaving behind a sultry cloud. Meet the Chillera - new girl-band from Odessa. Three young witches mixed together the berries of surf rock, dub-rhythms ripened on the southern soil and greens of funky ornaments. It sounds juicy, naturalistic, relaxed and, most importantly, fresh. Heady maiden trio plays bluntly, from the heart, unexpurgated spicy dub music without a single synthesizer, only a duo of bass and electric guitars in a company with percussion. The very title of the headline track - SCHAX, sounds simultaneously as a spell and as an order. SCHAX - and you bud something went to the Californian beach in the late 60's, SCHAX - and tailwind carried you by canoe to the harbor of Kawaiha in the first half of the 80's, SCHAX - and you dive into the sparkling Black Sea sand. The composition of the gang also stupefies the imagination: Ganna Brizhata, known of her solo project Bryozone and collabs with Vakula and Indirect, Polina Matskevich, working in the field of experimental electronics under the moniker p.m. And a real girl-vamp in the style of technopunk, Ira Lupu. Take care of your hearts, for they will be melted inevitably!" - Artem Ikra, Krossfingers.com